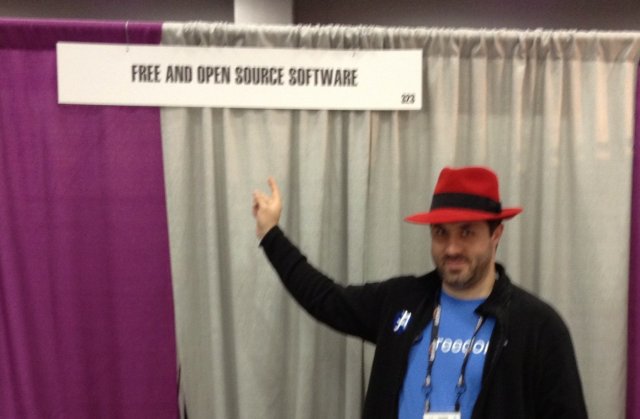 I was at the Open Source booth at this year’s Grace Hopper Celebration of Women in Computing, last Thursday. We had Fedora media and swag also available Wed and Fri as well. The booth was shared with Mozilla, Kids on Computers. Wikimedia, OSU OSL, the Ada Initiative, and assorted other FOSS projects. While I talked about Fedora and handed out media and stickers, many attendees were students and new to tech as a whole, so “what is open source” was the first, most important, question.

I also attended the Codeathon for Humanity on Saturday, with about 200 attendees working on various open source philanthropic projects: Sahana, Systers, Mailman, peer-to-peer Haitian Women’s network, to name a few. The Mayor of Portland, Sam Adams, stopped by and spoke. I wasn’t expecting this, but was pretty nice to hear about the importance of open source to the city government, as well as the Portland tech scene as a whole!