I can’t believe I haven’t blogged about Stratis before, although I’ve written in other places about it. We’ve been working on it for two years.

Basically, it’s a fancy manager of device-mapper and XFS configuration, to provide a similar experience as ZFS and Btrfs, but completely different under the hood.

Four things that took the most development time (so far)

Thanks to Igor Gnatenko and Josh Stone, two people who played a large part in making Rust on Fedora a reality. When I started writing the prototype for Stratis, this was a big question mark! I just hoped that the value of Rust would ensure that sooner or later Rust would be supported on Fedora and RHEL, and thanks to these two (and others, and, oh, you know, Firefox needing it…) it worked out.

I’d also like to thank the Rust community, for making such a compelling, productive systems language through friendliness and respect, sweating the details, and sharing! Like I alluded to before, Rust’s functional style was a good match for our problem space, and Rust’s intense focus on error handling also was perfect for a critical piece of software like stratisd, where what to do about errors is the most important part of what it does.

Finally, I’d like to thank the other members of the Stratis core team: Todd, Mulhern, and Tony. Stratis 1.0 is immeasurably better because of the different backgrounds and strengths we each brought to bear on developing this new piece of software. Thanks, everybody. You made 1.0 happen.

The 1.0 release marks the end of the beginning, so to speak. We just left the Shire, Frodo! Stratis is a viable product, but there’s so much more to do. Integrating more high-value device-mapper layers, more integration with other storage APIs (both “above” and “below”), more flexibility around adding and removing storage devices, while keeping the UI clean and the admin work low, is the challenge.

Stratis is going to need some major help to get there. For people interested in doing development, testing, packaging, or using Stratis, I invite you to visit our website and GitHub, or just keep tabs by following the project on Google Plus or Twitter. 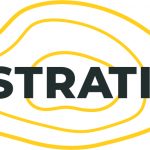 This is a micro-podcast on Stratis development progress.